A part of our adult process of education comes from continuing to study and grow by always striving to better than we are.

Taking courses to further our knowledge is a great pastime that benefits everyone in our lives, not just us. 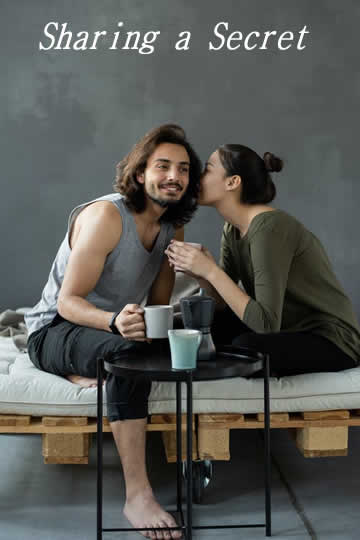 It was a decade ago that Australian author Rhonda Byrne woke the sleeping giant by publishing her book called, "The Secret."

Since the success of the book and the spinoff (docu)movie of the same name, millions of people have benefited in one way or another from gaining at least a rudimentary understanding of how the law of attraction works in everyone's lives.

While many did gain in their lives, many more failed to grasp the significance of the concept and dismissed it as just another sales gimmick or worse, a scam.

That's a shame because when used correctly, it is a law that not only works all the time for every person, it can actually be scientifically proven to be a reality.

However, it is never an easy thing to convince someone of something they have already made up their mind to refuse to believe. It doesn't help that many disbelievers also like to refer to the law of attraction as pseudoscience and in some way try to ridicule those that accept and practice it.

For those that did embrace the concept and its immense potential for human development, the need to better understand the law and how it works became apparent as many were trying to use it but not getting the results they had hoped for.

Why Won't it Work?

The book and movie gave us the introduction to the law and explained it fairly well. But it only explained it up to a point in terms that made it easily accessible by the largest audience.

Unfortunately, in order to do that, much of the more difficult to grasp aspects of the law were not explained at length, for if they had been it may have caused the vast majority of tits audience to switch off because they got bored. The compromise was made in order to bring it to the widest audience possible and keep them interested long enough to get the message across, which the movie did amply well.

So back to making the law work for you when as far as you can tell you're doing everything right but results just aren't appearing.

The Missing Piece of the Puzzle

Just like putting together a complex puzzle, all the pieces need to be present before it can be truly understood and put into practice. Sometimes the piece are all thee but they are just not usable because their individual uses have not been explained well enough.

In the movie, we are told to put our desire out there for the "universe" to hear. Then we're told to expect the object of our desire to be in our possession. The combination of desire and expectancy form a powerful team to pull the thing desired into our lives by using the law of attraction.

It was also been mentioned that to make that desire and expectation combo as powerful as it can be, it must also be combined with positive emotion. Although the connection may easily have been missed unless a person were to watch the movie over and over many times.

But that's essentially the basic principle of the process. Desire, mixed with strong positive emotion is one thing, but when also mixed with absolute unwavering faith that the thing desired is already ours, then that is what galvanises the universal energy into action to create a receptive force that will bring the thing into reality.

One other thing. This concept is not magic or hocus pocus.

This is perhaps the notion that many harboured about "The Secret" and why so many dismissed it as bunkum. It's too easy to fall into the trap of expecting something for nothing.

And when presented with a process that appears at face value to claim it is possible to have whatever you want just by thinking it into reality, people were eager to sidestep the real mental process that is necessary and go for the easy solution that of course will not ever work!

To get a better understanding of this process, it makes sense to take up further education on the subject. Only by gaining a fuller and more detailed understanding can anyone be expected to be able to then render what they've learned and make it work for them.

Not only that, but by becoming something of an expert in the field, a person can then take that specialised knowledge and teach it to others in the guise of a life coach in their own right. There exist several good courses that will certify a student as a qualified coach in this area.

One such course is the Law of Attraction certification course by Joe Vitale, one of the main presenters in the movie and main contributors to the book. You can find out more about that course by reading a full review by following the link in this paragraph.

The most important thing to remember in this or for that matter any area in life where education and knowledge provide a person with the kind of power most people can only ever dream of is that you can learn all you can but unless you apply what you've learned, you'll never get the most benefit from that knowledge.

Learn to apply the Law of Attraction as taught by "The Secret" in your life by first understanding it fully and then putting it into practice every day. It is through constant practice we become perfect, after all!