The Shopping Channel is a prime example of how television can be used to sell products or services to viewers in a big way purely because of the way in which TV has become such a large part of everyday life for so many people.

Like all advertising media, here is a product selling machine that is cleverly put together and presented by people who know exactly how to sell stuff to you. 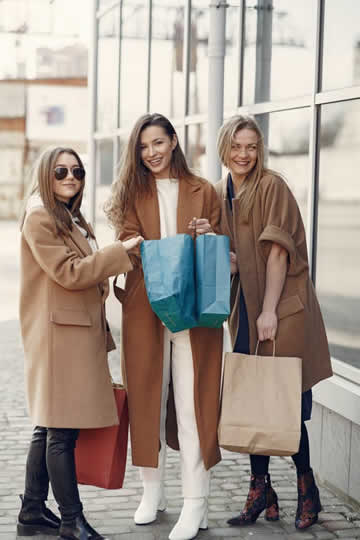 TV stations that exist purely for selling stuff to viewers are in abundance these days thanks to early successes by pioneering stations like QVC.

It became obvious to programmers that people buy an incredible amount of goods that they probably don't really want direct from a TV station they may be watching because they have been convinced that they need those goods, whatever they may be, to enhance their lives.

Advertising and sales is all about convincing a person that a certain product will make their life better. The time of year is an important factor in which types of advertising is shown.

For example, Christmas television advertising can be pretty overwhelming since businesses really need to sell their goods at that time of year when the buying public are in buying mode.

The stations employ celebrities to promote certain good that people will associate with them. A TV fitness personality will often be seen promoting exercise machines or other fitness aids and people will buy them because they know the person showing them how to use the item.

There is a certain level of trust associated with this method. When people feel they can trust a person selling an item, and that person can convince them that the item will improve their life in some way or make some aspect of their life better, they will be more likely to part with cash to have that item.

It is of little matter that such items often find themselves consigned to the attic because they never get used and the buyer will happily return to the same channel and buy more practically useless items again and again because they become more easily sold on things the more they buy as their resistance to TV shopping is eroded.

Just beware if you find yourself flicking through the channels to find something interesting and you end up landing on The Shopping Channel or a similar clone of it.

It probably comes as no great surprise to hear that media channels that are trying to sell you something will without doubt be keeping some screts to themselves.

Arguably the biggest secret of them all is that the media uses your own emotions against you to place you in that feeling zone where you "want" what is on offer, even though you probably don't need it.

To prove it to yourself, next time you see a TV commercial for a popular soda drink, just look closely with a critical eye and just see how many emotional buttons that ad is pressing. I'll bet you can identify one or more.

Like how good it will make you feel. Not so much because it tastes great. But because it makes you feel like you're "one of the gang" of other good looking, happy looking people who are also drinking it and doing fun stuff together.

Of course you'll feel like you want to rush out to the store and buy one and drink it, but deep down inside, you know, like most people know by now, that any soda is really bad for you and will contribute to you gaining weight and looking fat and flabby. Completely unlike the young, pretty, healthy looking people in the commercial.

No one wants that!

Advertisers are a clever bunch, there's no doubt about that!

By all means take a look if there is an item on sale that interests you, but remember that the station is very good at selling things and if you watch for long enough, you can be convinced to buy that great looking kitchen appliance or vacuum cleaner even if you have never before realized the need for it. But all of a sudden, now you find that you believe you just can't live without it!